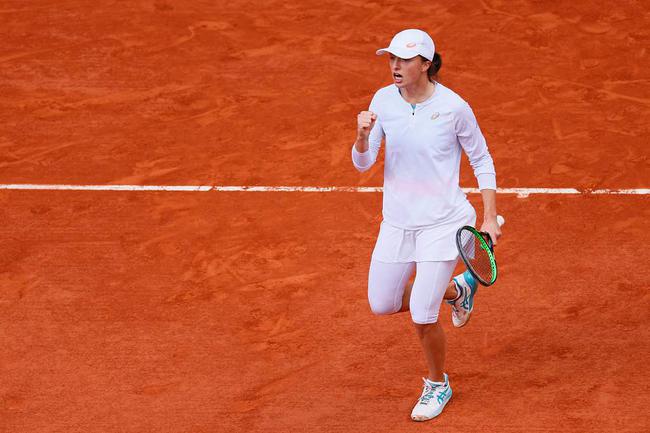 News from October 10th, Beijing time, the 2020 French Open will start the women’s singles final contest. Sviatek, born in 2001, beat this year’s Australian Open champion and No. 4 seed Kenning 6-4, 6-1. She won the first Grand Slam championship without losing a set in 7 games, which is also her first WTA championship. She also became the first Polish player in history to win a Grand Slam singles championship!

Kenning won three sets in four of the first six games of the French Open, while Sviatek did not lose a set in the first six games and only lost 23 games. The two players had a match when they were adolescents, when it was also at the French Open. Sviatek defeated Kenning. This matchup is the first time since the 2008 Australian Open that two players under the age of 21 compete for the Grand Slam championship.

In the final, Sviatek took the lead in serving. The Polish girl entered the state very quickly. After a straight four-point guarantee, she got a break point in Kenning's serve and cashed it. After serving again and steadily, she took a 3-0 lead. However, Kenning quickly adjusted and got a chance to break back 40-15 in the 5th game. With Sviatek sent a double fault, the American girl broke back successfully. The game entered a stalemate. In the 8th game, although Kenning saved two break points, he still failed to hold. Sviatek, who had a serve win, also failed to seize the opportunity. Kenning improved his serve and broke serve twice. However, she fell behind 15-40 in the serve she had to keep, and as the backhand returned the ball to the net, Sviatek took the lead 6-4.

In the second set, Kenning made a break when he came up, but Sviatek quickly stabilized his position, broke and secured, and went 2-1 in the game. Kenning subsequently applied for a medical suspension due to a right thigh injury. After the game restarted, Sviatek took the initiative, scoring 13 points in a row, and ushered in a serve victory with a 5-1 lead. With a forehand win, Sviatek cashed in on the championship point, won 6-1 and won his first Grand Slam championship.